Called the island of light, the birthplace of Apollo and Artemis (Diana) and home to the first multicultural civilization and also the center of the trade crossroad of the ancient world.
There is a lot to see: Delos was inhabited between 2500 B.C. and 69 B.C. The island boasts many treasures like the ancient market place -Agora, the famous terrace of the Naxos Lions, the Holy Lake, the theatre, their living quarters a lot more. See the houses of Dionysus, Cleopatra of Egypt, the Trident, the Masks, the Dolphin mosaic. An UNESCO listed archeological treasure on an entire island. Visit the Temple of Isis – the Egyptian goddess, the Roman water system and cisterns, the unique museum, mosaics, statues and a myriad of objects found during the excavations.

The boat departs Delos harbor at 2.30 pm but if you still feel energized you may remain a little longer and catch the last boat back to Mykonos at 3.00 pm and maybe climb the islands highest point named Kynthos only 115m high to enjoy the view of the surrounding Cycladic islands. 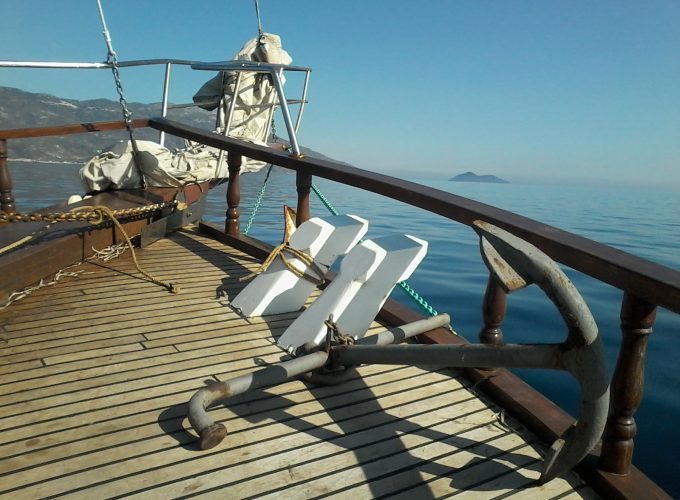