Tours included in the package:

Explore Crete on a full-day tour of several of the island’s highlights and significant landmarks. Visit the Palace of Knossos, whose labyrinth ruins are said to have been home to the minotaur, a mythical half-man, half-bull creature.

Discover the myths of Knossos Palace We are about to hear great myths, relating to the Palace of Knossos, such as the myth of the Labyrinth and the story of Daedalus and Icarus. We are going to walk on Sir Arthur Evans’ steps.

We may feel a bit of the excitement and pride he felt when he discovered this exceptional symbol of the Minoan architecture, which even nowadays transfixes everybody with its grandeur. The miraculous icon of Virgin Mary Leaving the marvelous Palace of Knossos, we continue our tour towards the centre of the island.

We visit the lovely Monastery of Kera Kardiotissa. It was named after a miraculous icon of Virgin Mary. In an idyllic landscape, the monastery, run currently by nuns, is known for its artistic and its historical importance, as well as its remarkable murals.

The famous windmills of Lasithi Plateau Moving on inland and driving up to the Lassithi Plateau, we have the chance to admire the remaining famous windmills. The ditches, the “linies” as they are known, the Venetian drainage system of the plateau that turned the arid area into the most important grain-growing region of Crete and of course the small traditional villages that still keep the scent of another era.

Dictean Cave: the place where Zeus was born The most famous of all small traditional villages is the village of Psychro. We can admire the primeval traditional art of pottery-making by the remaining craftsmen and of course we have the opportunity to visit a very significant place for religious worship of the Minoan era, the cave of Psychro.

Psychro is mostly known as Dictean Cave. It is considered as the place where Zeus, the father of the Olympians Gods, was born. Tzermiado village is known for its ideal climate which offers the healthiest life conditions for its residents. Our next stop is Tzermiado, a village that stands out not only for its natural beauty and its breathtaking view, but also for its traditional architecture. Here we can use our cameras to immortalize the exquisite landscape, get a rest or enjoy our lunch in one of the numerous authentic taverns of the area.

This once-in-a-lifetime experience brings you to the sparkling sea of the Mirabello Bay in East Crete. Luxury air-conditioned coaches will deliver you to the village of Elounda – certainly one of the most beautiful locations on the island.

After a short cruise across the clear blue waters we reach the tiny island of Spinalonga. With its amazingly rich history, Spinalonga is a truly magical place. Due to its strategic location at the entrance to Elounda Bay, the Venetians created a fortified stronghold on Spinalonga – ‘The Rock’ - in the 16th Century AD.

This fort protected East Crete from invasion by pirates and its extremely strong walls, even after so many cannon ball strikes, stand proud to this day. In the middle of the 17th century Spinalonga was attacked and conquered by the Turkish Ottoman Empire and remained a Turkish stronghold until the liberation of Crete in 1821.

In 1903, historical circumstances gave Spinalonga another role, that of Leper colony. For more than half a century the unfortunate ‘living dead’ were taken to live out their lives in an isolated community upon Spinalonga.

The village with its tiny houses, shops, church, workshops and sanitarium still stands today. British author Victoria Hislop has immortalized the heartbreaking story of the lepers in her internationally acclaimed book ‘The Island’ and the story, based on true fact, has now been made into a film using Elounda. And the village of Plaka across the water as its setting. Our professional tour guide will escort you onto the island and you will hear all about the long history of this fascinating place.

Close your eyes and imagine, listen to the sea and taste the salt water on your lips and you will be transported back in time in an experience you will never forget. After our visit to Spinalonga we continue on our cruise across the bay and you will have the opportunity to relax and enjoy the calm, crystal clear sea at Kolokytha.

Here your crew will prepare a delicious barbeque while you swim and relax under the Cretan sun. Enjoy a refreshing glass of Ouzo perhaps, or a cold beer or soft drink from the bar.On our return we take time for a stop at the picturesque town of Saint Nicholas where you may take a stroll around the ‘bottomless’ lake, the pretty harbor and cosmopolitan shops and tree-lined avenues.

Enjoy a relaxing coffee in any of the lakeside cafes and sit back and watch the world go by in this beautiful setting. Voted one of the very best trips on Crete, this is a tour not to be missed.

The visit to the big Saturday open air street market in Heraklion is the main event of the day. As well as fruit and vegetables, you can find shoes, clothes, fabrics and local products at very low prices.

The atmosphere feels like an oriental bazaar - full of noise and the cries of the vendors selling their goods. This is the perfect opportunity to stock up on spices and Cretan herbs.

At the centre of Heraklion we disembark at Liberty square. You will have free time to explore the centre with its souvenir shops, boutiques, jewellry stores, cafes and restaurants lining the streets. Shop till you drop or just sit and enjoy a coffee and watch the world go by, the choice is yours.

The last stop of the day will be Cretaquarium. This is where your exploration of the Mediterranean Sea World begins. Here, you will come face to face with hundreds of species and thousands of living organisms and be fascinated by their behaviour as they reveal the wide variety of shapes, colours, habits in their world. Learn about their needs and reflect what our common future may hold....

Pure untouched areas and unique views are just some of the basic characteristics for an exciting jeep safari on West Crete, a unique way to discover the ins and outs of Cretan lifestyle, history, values and traditions into the countryside far away from crowds and mass tourism.

Little back roads lead you to tiny villages and stunning views whilst some off road driving ensures excitement and fun.

Kindly note that this program is indicative and it is possible that we may change the series of islands & tours in order to provide the best of our services to you without removing any of the tour bookings.
For the final program you will be informed 15 days before your arrival at the destination with an informative note from Mythos holidays.
Gouves Water Park Holiday Resort is a complex of separate buildings, with an elegant country aesthetic, that balances comfort and quality with respect to natural materials and the environment. Recently renovated with modern rooms, combining simplicity and comfort.

Gouves Water Park Holiday Resort features four main outdoor pools, one used for sports and games, three for relaxation, and two children pools. Additionally, a well equipped Water park consisting of 2 spiral tubes and 3 straight fast lanes can offer you high levels of adrenaline and fun during your stay. These water amenities guarantee a unique experience for the whole family. 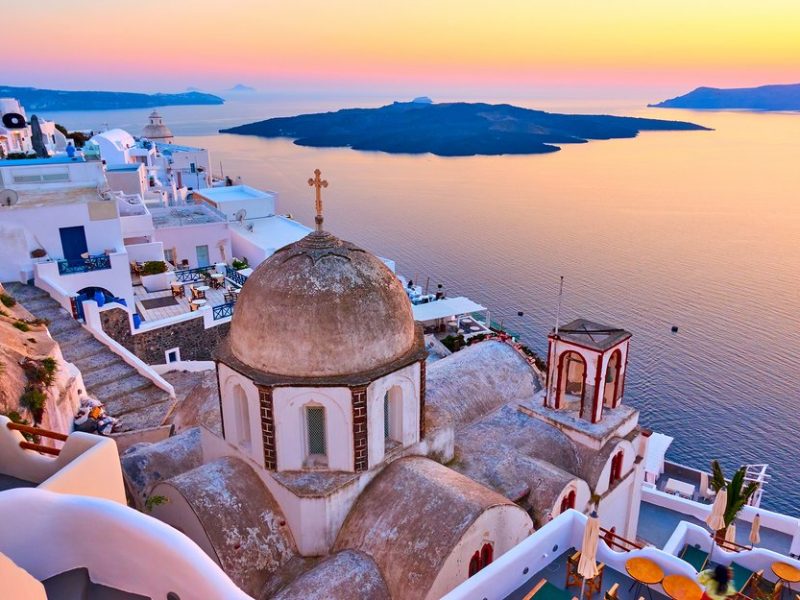 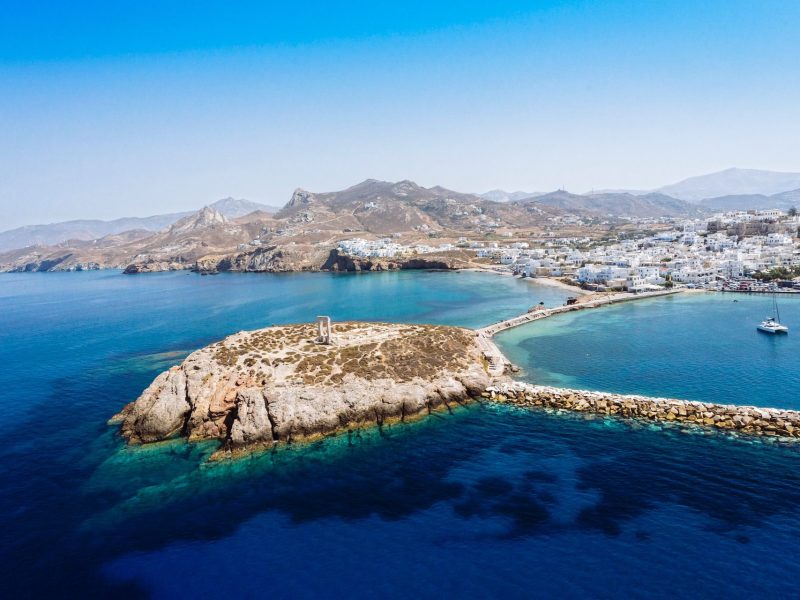